Find Freedom With A Freetom 4 In 1 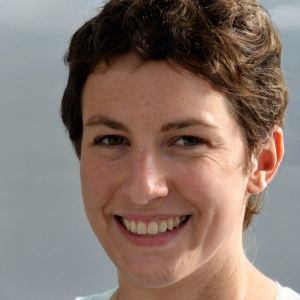 The PeeCock Gen3s is a prosthetic penis designed for peeing, packing, playing, and changing the lives of FTMs like myself. Making my transition has been one of the most difficult things I’ve ever had to do, but it’s products like the PeeCock Gen3s that help make things a little easier.  As someone who’s tried out several STP products, The PeeCock Gen3s has answered all my ‘penis prayers’ and I’d say it’s easily one of the best out there!

Going to public restrooms is something that every trans person has struggled with, especially in the earlier stages of transitioning. I was always afraid of being judged since I didn’t look exactly like a woman or a man in the first month or two of taking hormones. I kind of felt like I didn’t belong anywhere. I mean, all I wanted to do was pee but instead, I would be reminded of the disconnect between who I was and the body I was born with.

I started researching how I could further alleviate some of the distress I had about going to the bathroom and discovered STP products. I was super excited about experiencing what it would feel like to have a dick and let me tell you, it was incredible! Unfortunately, I stumbled across leaking problems and some discomfort in packing so I decided to invest in finding the best prosthetic penis.

After three years and countless unworthy penises, I found The PeeCock Gen3s and it blew my mind, body, and soul away. Seriously, it’s like finding the actual missing piece of yourself and finally feeling complete. It took some hard work and dedication to come across a product I loved, but it was worth it.

Today, I’ll be giving an honest review of The PeeCock Gen3s – listing its best features and a few possible design improvements.  So let’s get right to it and talk about everything you need to know about this 3-in-1 prosthetic!

What's In The Package?

When I purchased my beige PeeCock Gen 3s, it came in a sleek black pouch containing the prosthetic penis. It also included an erection pleasure rod, lubricant, and a condom. If you need products like the pleasure kit or a harness, you can add those on and they’ll include it in the package.

When I saw The PeeCock Gen3s online, I was impressed with how much it resembled an actual penis. I was a little worried that it couldn’t possibly look that good in real life, but it proved me wrong when I unboxed the package. I first ordered the beige 4.75 inch Gen3s which came with the original Gen3s erection rod, and then I tossed in a beige harness as an add-on.

I’m happy to say that my PeeCock was delivered in great condition. Looking closely, I immediately noticed that it was very detailed and even included some veins around the shaft. The beige color suited my natural skin tone, but I can imagine how other people may want more variation than just the five shades offered. When I tried it on with my beige harness, it was very comfortable and the size I chose nicely complements my body. I can’t believe I’m saying this, but when I’m wearing it, I actually look like a beautiful naked man!

One of the absolute worst things about STPs is the risk of soaking yourself in the dreaded backflow of urine. It takes time and practice to master the peeing technique, regardless of what product you’re using, so keep that in mind. There are tons of videos that can help you get the hang of it, so just keep trying! It’s best to practice in the shower until you get used to it. When you get better, start using the toilet and then eventually, you’ll be ready for the public restroom.

What’s great about the Gen3s is that its funnel is hollow and curves towards the back part of the cup to prevent leakage. The inside of the funnel is also very soft which is perfect for avoiding irritation from the PeeCock rubbing against your skin down there.

In my experience, it was super manageable to pee using this but a lot of that is because I’ve had a ton of practice over the years. As far as the design goes, it helps in making sure that urine doesn’t easily overflow and keeps everything nice and dry. To keep odors at bay, I like to use baby wipes to clean the inside of the funnel and the tip of the penis.

When it comes to packing, size matters. The bigger it is, the more difficult it is to get the best and most comfortable angle. Unlike real penises that can retract when they’re flaccid, prosthetic dicks stay the same size no matter what. This is something you have to consider when choosing your inches. For my smaller stature, a 4.75 is perfect in the bedroom and romantic dates but still looks a little too big for work meetings and other professional settings.

Realistically, one size doesn’t fit all situations. After a while, I opted to order a smaller size that I can use for days when I wanted a subtle bulge. Meanwhile, my 4.75 beige PeeCock comes out to play when I’m looking to have some fun. It’s nice to have options and it pays off since packing larger sizes and leaving it compressed for some time can damage the silicon. Sure, it’ll cost you to buy another PeeCock but at least both products will last longer and maintain optimal condition. And I mean, why choose between business or pleasure when you can have both?

Dim the lights and strap on your harness because it’s time to talk about sex. My girlfriend and I love experimenting and spicing things up in the bedroom, so when we found out PeeCock also sells a pleasure rod, we were all for it.

Originally, the PeeCock 3S I ordered came with an erection rod which we used occasionally. After more than a year later, the company released its improved python pleasure rod and I just had to have it after seeing its outstanding reviews. So, I’ll be comparing the two and letting you guys know how different they are.

The original Gen3s erection rod is extremely flexible since it’s made out of plastic. You can bend it at any angle and it’ll stay that way until you adjust it again. It adds a realistic element to my beige prosthetic and it made me feel like I had an actual boner. There’s also an original pleasure kit that you can attach to the rod so that it rubs against your genitalia which I loved.  As for my partner, she was totally out of breath by the end of it.

One thing that neither of us was fond of was the creaking sound the original erection rod made any time we would adjust it or if we moved around too much. Since it’s made of plastic, the segments rubbed against each other, making a very unsexy noise that was pretty loud and distracting.

On the other hand, the improved python pleasure rod is a beige 2-in-1 item with a built-in pleasure kit that comes in three different orifices: lips, original, and butt. My partner and I can’t emphasize how much we loved this! It had the same bendable, stiff feature of the original erection rod, minus the creaking sound!

Simply put, there’s no contest – the improved, beige python rod beats the original by a landslide. This is a 100% must-have that you won’t regret buying. PeeCock outdid themselves and it goes to show that the original isn’t always best.

When I first started buying STPs, I was always worried if I’d chosen the right color for my light beige skin. Honestly, I had to rely on my girlfriend’s vast knowledge of makeup and how she just knew which colors would match perfectly. Since I have a pretty fair complexion, I thought she’d recommend I pick the lightest thing available. Apparently, that was the wrong idea. You want to go one shade darker because the shade on the computer screen is different from real life. Who knew?

We ended up choosing the beige color and it matched my skin tone perfectly! So the lesson here is, trust your girlfriends, fellas.

If you want something to last, you’re going to need to give it some TLC – and handling the Gen3s is no different. To keep it nice and clean, you’re going to need to wash it every night with mild soap. Make sure to rinse both the outside and inside of the penis and gently pat it dry with a towel after. The same goes for the original pleasure kit and pleasure rod – each item should be cleaned properly and regularly to avoid the build-up of bacteria.

Unfortunately, I noticed that the beige color on my PeeCocks faded gradually the more I washed it. However, this isn’t an excuse not to wash it ’cause that would be extremely unhygienic! Considering it’s a prosthetic, the company could improve on getting the original colors to stay for a longer time.

Apart from cleaning, it’s also important to remember that you need to be a little wary about sex positions. I know, I know, that sounds like it takes the fun out of it. While I get a lot of pleasure from my girlfriend being on top of me, it risks damaging the prosthetic. Trust me, we tried a few times until we accepted that my beautiful beige PeeCock was made to be a top, not a bottom. But don’t worry, there are so many amazing positions you can try with some creativity, an open mind, and a quick search on Google.

Be Proud Of Your PeeCock

Out of all the STPs I’ve tried, my beige Gen3s is the only one that’s felt like it was an extension of myself. I know that sounds crazy and maybe a little weird, but I used to have so much anxiety just from looking down there. It was like a constant reminder of who I wasn’t. Ever since I got my PeeCock, it’s given me so much more confidence to stand tall and be myself.

Setting aside the pleasure and other physical perks, The PeeCock Gen3s helped me mentally and emotionally. Dysphoria is incredibly hard to go through and I’m glad some companies provide products like these to help FTMs feel more like themselves. I know there’s still a stigma surrounding gender and people who are trans, but it’s stuff like this that gives me hope for a more inclusive world.

PeeCock Gen 3 Review: The 3-in-1 STP Packed With Features

Archer Packer Review: Does This Prosthetic Hold Up?